I got my copy of the Undertale vinyl soundtrack in the mail the other day. While I’ve seen a lot of excitement for it, I haven’t seen many people talk about what it’s like, so I decided to write up my impressions. 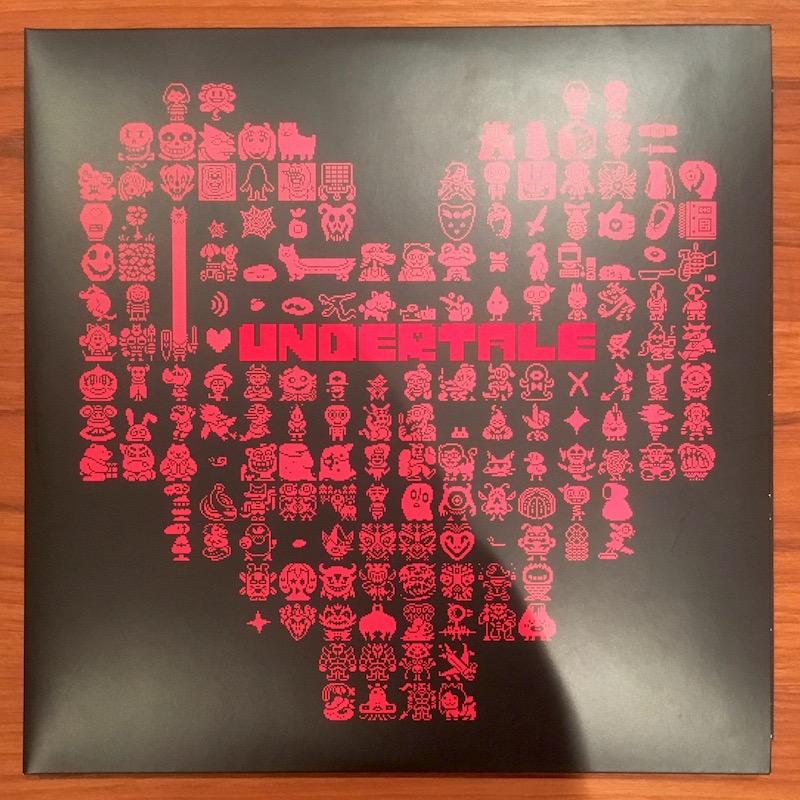 First, to start with the good news: the art design is beautiful, and gorgeously printed. The red-on-black front cover is stylish, and the mostly-new pixel artwork is very well-done. The gatefold opens to a house party scene with a ton of the game’s NPCs, which is adorable and fits the mood of the game really well too. Most of the printing is matte, with a few details in glossy ink that really stands out—the Undertale logo on the cover, and the coloured lights in the party scene.

The records themselves are also mixed quality. The transparent red and blue coloured vinyl is classy, and the simple label design is attractive as well. It’s a minor detail, but the inner record sleeves are very attractive and easy to get the discs in and out of. 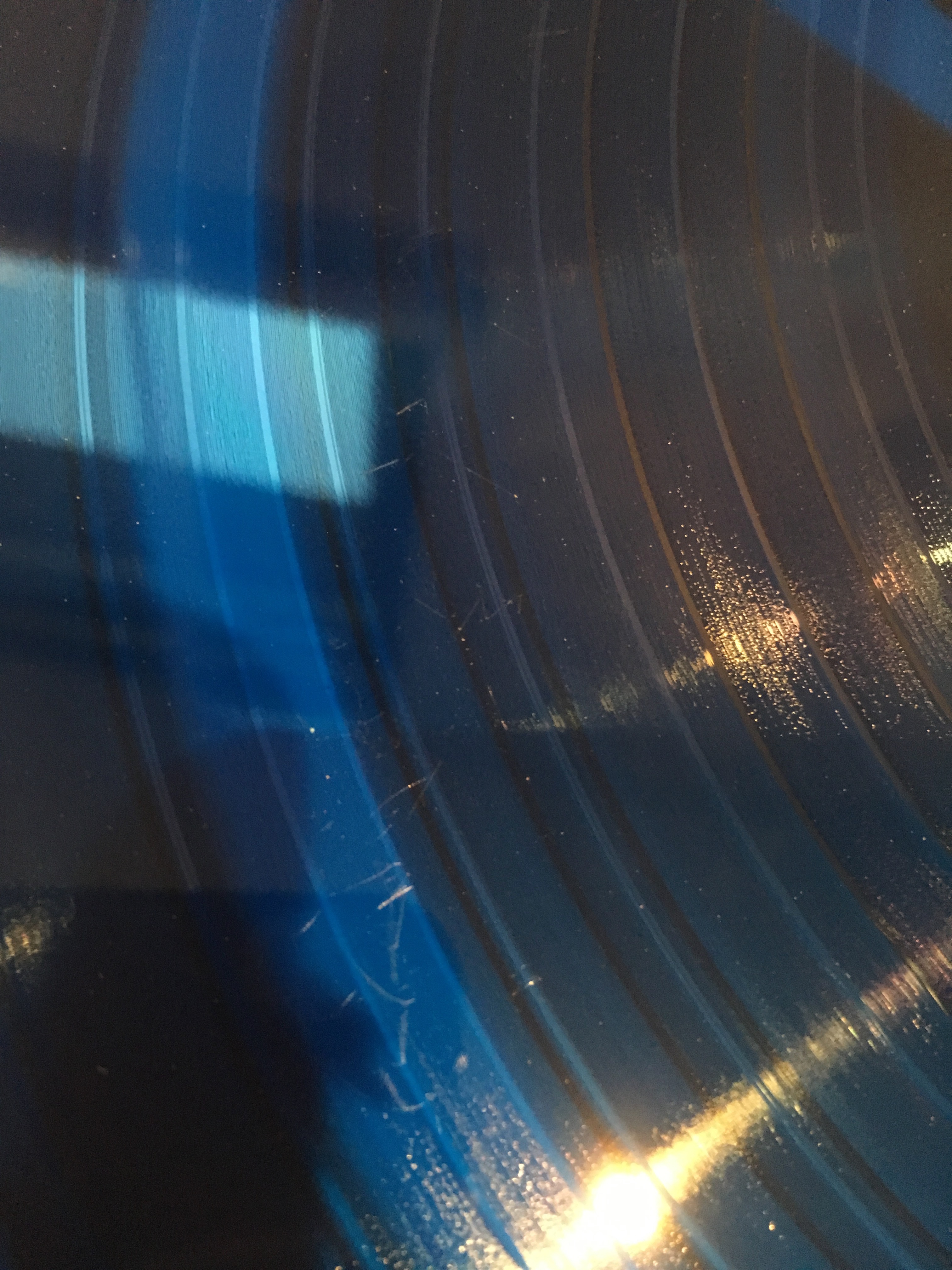 Unfortunately, my copy shipped with large scratches on sides A and B. (See the photo on the left—the scratches are very visible at full size.) Both discs were also covered in dust fresh out of the package. Everything I’ve seen suggests this isn’t an isolated issue—I know other people whose iam8bit records shipped with scratches before the first play, and from scanning their twitter feed, it looks like this is a common complaint with other customers. Needless to say, this is a huge issue, and I’m shocked it’s as common a problem as it is with them.

Given those defects, I was surprised when the discs sounded great. The mastering quality is very good, and leaves very little to complain about if you’re lucky enough to get undamaged discs. I did notice a mastering error that clips off the first note of Snowy on side one, but that was the only discernible error.

Given just how huge the Undertale soundtrack is, the entire thing was not going to fit on two discs. The vinyl release curates a selection of tracks to fit the available running time. They generally made a good set of calls, hitting all the major notes and popular moments, though by necessity your favourite deep cut is probably missing. Given the time constraints, I don’t see much to complain about in the selection. Pushing the soundtrack to three discs would probably have been a good call, even if that would have pushed up the price.

Despite the good sound quality, it doesn’t feel like iam8bit actually has the experience it takes to release a premium package like Undertale was meant to be. It’s pretty clear they have big ambitions, and I hope they learn from their mistakes so they get to the point that their quality lives up, but they’re not there yet. The stuff they’re good at—art and graphic design—is offset by poor physical design and unreliable QC. I can’t really recommend this as-is, especially with the high chance of getting a dud. 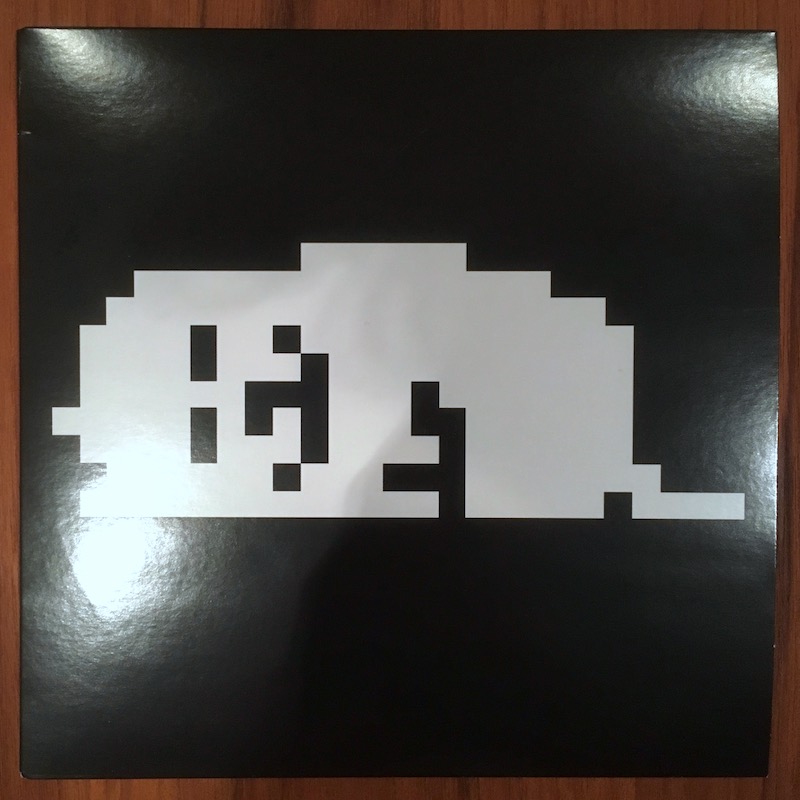 Aside from the main album, preorders came with a special dogsong single. This one-sided 7" single has an extended version of dogsong, and is pressed on transparent vinyl with an image of the annoying dog on the other side. It’s very cute, and for what it is it’s well-produced and pretty-looking. 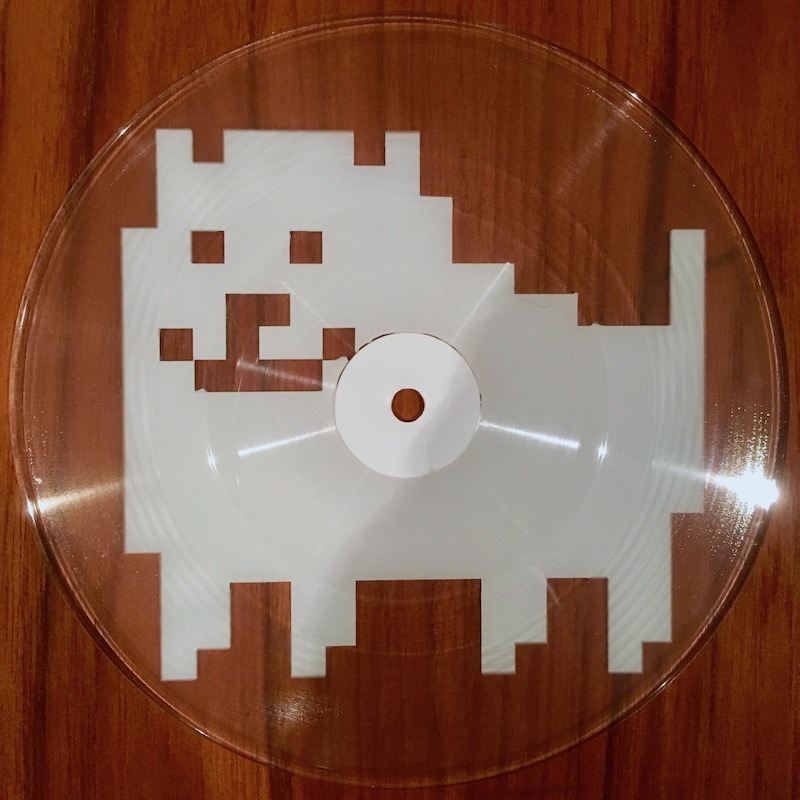